Welcome to OCRDA - The Offshore Circuit Racing Drivers Association : Run by a professional and highly experienced team of dedicated individuals headed up by their intrepid President Bob McCarthy.

Bob took over as chairman of the club in the dark ages and over the last few years the sport has grown massively in popularity with over 31 teams competing in the 2017 season. Joining up with Jetski Racing, Water Ski Racing, Zapcat Racing, Jet Ski Stunt displays, and stunning Flyboarding displays, the series has toured since 2014 as Aqua Adrenaline – combining a number of aspects to provide fantastic on water entertainment for spectators.

As the sport flourishes we are welcoming more teams and more companies in terms of 2023 sponsorship for what promises to be another fantastic season. 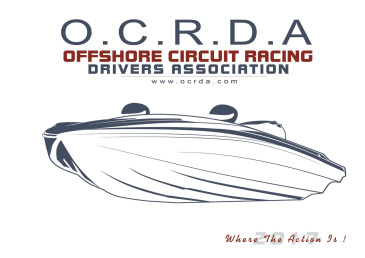 All Images Featured On This Website Used With Permission from Our Fantastic Supportive Photographers :

Website template Courtesy of 1&1 and Arranged by Matt Palmes